This post explains about the steps involved in containerizing an application using docker tool. Also tried to disclose an overview on other areas related to this topic. 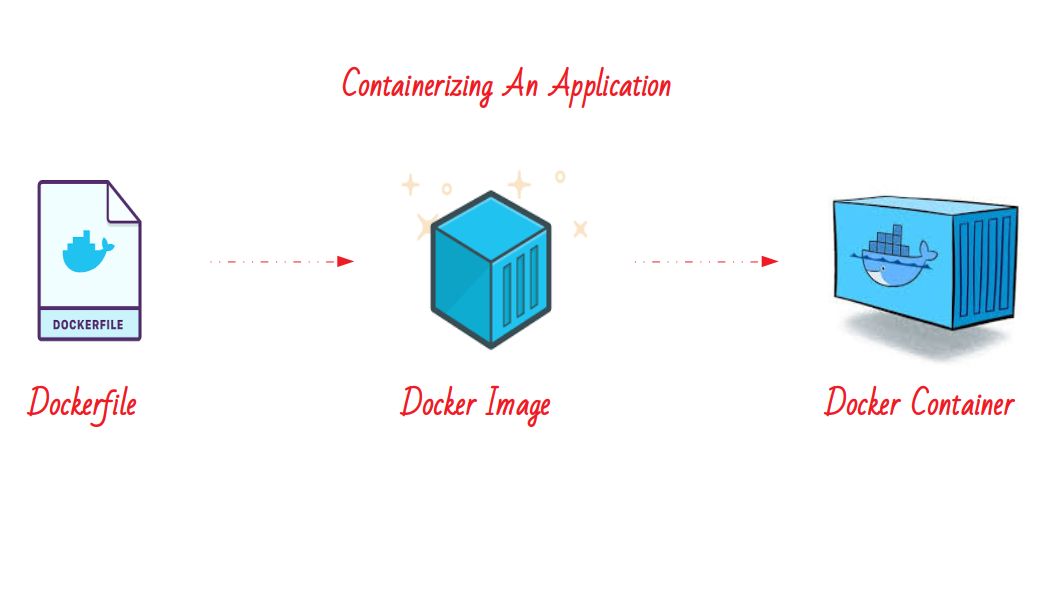 A Container is a running instance of a docker image. Containers are an abstraction at application layer that packages the codes and dependencies together, ships the application and a run-time environment.

Container are running on the docker engine almost as VM but not exactly. It has lot of merits in production basis and currently it is booming in IT-Industry now. For example containerizing an application with docker or kubernetes provides enormous facilities.

Totally we are just going to follow these three steps in overall. The steps are,

For very basic level, To understand the containers, I am just going to containerize a simple file printer shown below,

This code just create and save the content in a file named log.txt. Lets containerise.. see what is happening … !

Dockerfile is also like a Makefile, which is used to build the docker image. This file normally contains three type of instruction sets,

For our scenario, The dockerfile would be like this,

Go to the build directory and make sure you have Dockerfile in your current directory. To build the docker image use the command,

This command creates an image with the name and version you provided. When you build,

You can check the created image by listing available images using the command,

or you can also specify the command

We can containerize this image using, two steps.

Or it can be done in single step by,

The arguments itd means interactive, tty and detach. See the help for more details. we can check the container status using the command

we can enter inside the container using exec facility with bash command like shown below,

Inside the container environment,

Here we can see the file log.txt which was generated while this container started.

I always suggest to see this official documentation for commands. But here i have shared often some using commands and also felt useful for quick view :).

Some Important facilities such as,

Docker has many more awesome facilities such as,

Also I have created a single page guide which helps you to quickly act with docker. It consists simple 4 steps guide you to quickly done the dockerization.

Here i have shared the slides of docker - overview which explains the concepts behind this technology. Have a look at this to understand quickly and move on … :)